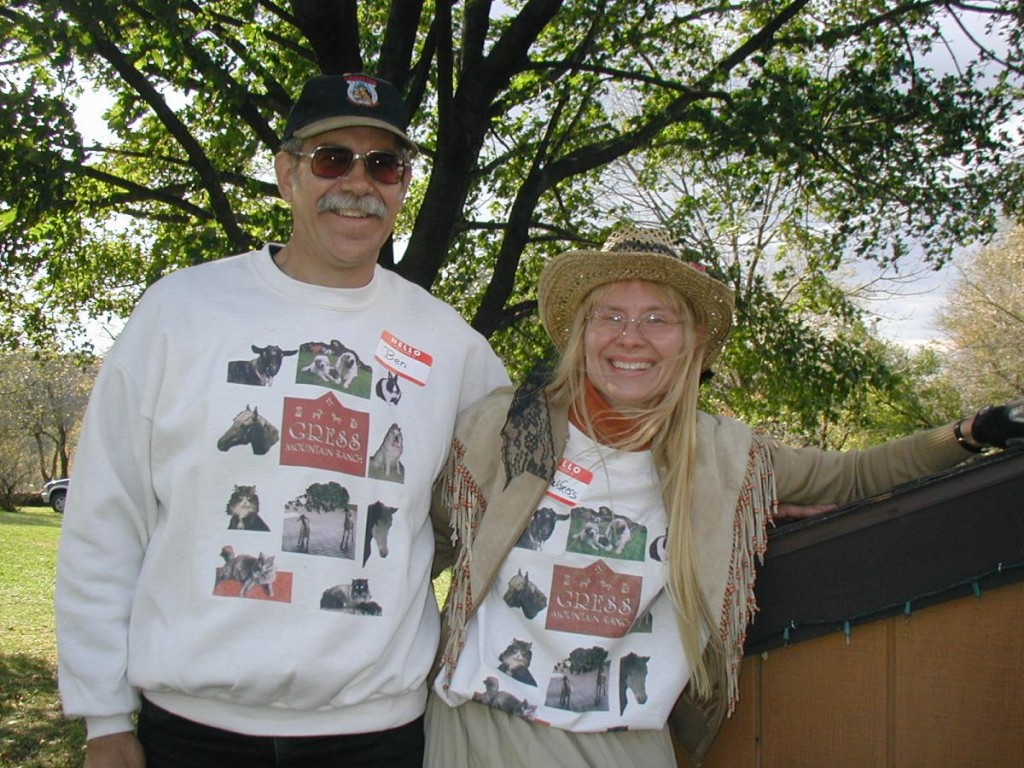 When Kathryn Jean Gress graduated from St. Luke’s School of Nursing in 1980 she already had a feeling that someday she would help both people and animals.  After graduating, she went into psychiatric nursing, doing group therapy at an area hospital.  She started researching pet therapy and took courses with the Delta Society in animal assisted therapy.  Next she and her husband, Ben, adopted Brutus, a Great Pyrenees dog, and started his training as a therapy dog.  Brutus was extraordinarily talented, and took top marks in every therapy dog evaluation.  In the meantime, Kathryn went on to get her Master’s Degree in Counseling Psychology, and later became certified as a Licensed Professional Counselor.

Kathryn and Ben Gress started The Gress Mountain Ranch in 1999 with two dogs, two cats, and two horses.  Kathryn started seeing patients for counseling , including animal assisted therapy and equine therapy.  She worked a lot with children and families.  The animal rescue mission of the Ranch continued to grow, and Kathryn and Ben realized that they had to be a forever home for the abandoned, neglected, and abused animals they took in.  This was important for the animals, but also for their human clients, who did better with animals they could be in a long term relationship with.  Next came the development of an extensive core of dedicated volunteers to help with the animals and the Ranch, and in 2008 the Ranch became a 501c3 nonprofit organization.  Our family of animals has grown to over forty, and we have worked with numerous agencies in helping troubled youth and adults learn better socialization, teamwork, and coping skills.  We have also become a training site for a wide group of students, including psychology students, veterinary tech students, and nursing students.  The Gress Mountain Ranch looks forward to serving the community by providing more group experiences to troubled youth, increased counseling services, and continued service as a site for community service and internship experiences.